A spray resistant and protected iPad cover for hospitals. 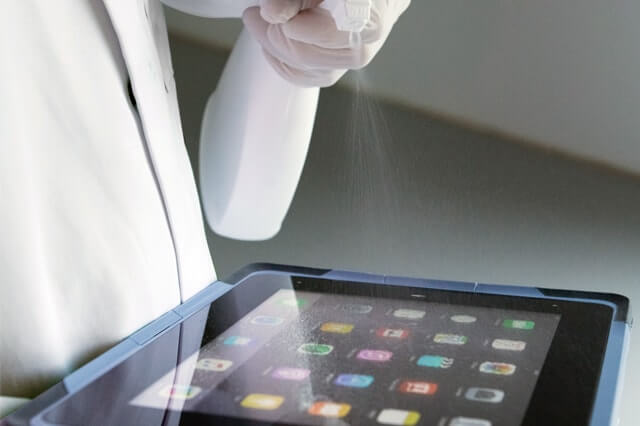 The idea was to replace the mobile computers in hospital.

They managed to get funding and got Apple involved. It takes a long time to get Apple to get used to the company. However, they loved it and it went into their enterprise range.

Then a surgeon in the US left a review on medgadget after he tried to destroy the product in a surgical theatre and failed: Their sales took off!

Then companies including a super glue factory became interested and sales took off so much that they had to move factories.

At one point a German factory challenged them on whether or not the product could survive a various list of chemicals. It turned out to be the only product that could!